Jaina and Ivy from Cats of San Bernardino in California recently saved two stray kittens named Medi and Cal. The rescuers knew about the two kittens after they had been tagged in a post on Facebook. When they met the siblings for the first time, the two were hungry, sick, and malnourished. The grey cat named Medi poked her little head out, so they were able to handtrap her. Unfortunately, the orange one Cal was so spooked that he ran away. For this reason, they had to back tomorrow to get her brother and hopefully be able to catch him. The next day, they came back and successfully trapped him! The siblings have been reunited. Still a little timid, but they are doing well. As soon as they started to calm down, they were cared by a cat foster. We are happy to know that they are doing really well there. They warmed up with the foster as well! They love each other so much. They do everything together and love to fall asleep in each other’s arms. 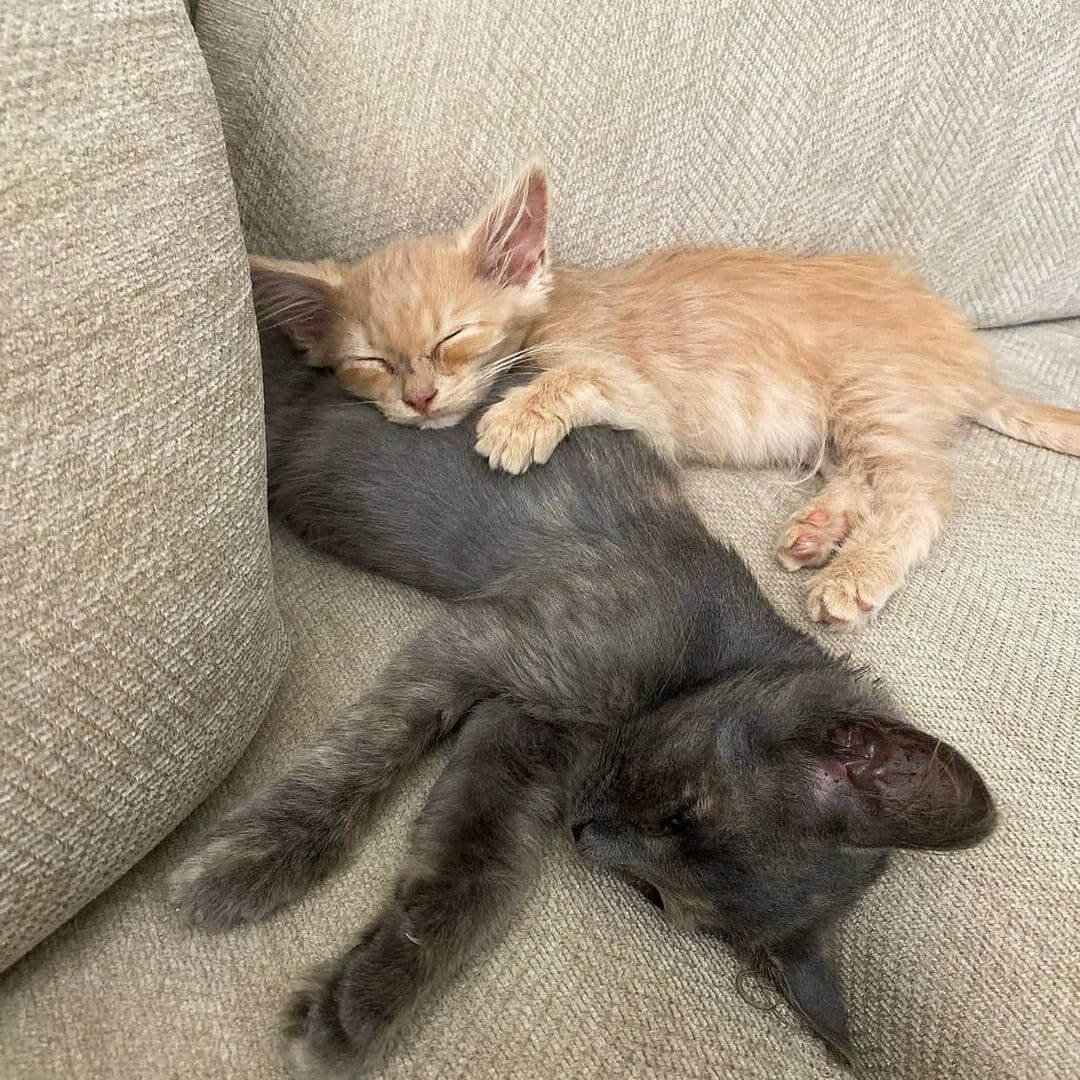 Vibrant Orangey-Yellow Face And Reddish-Brown Legs, Red-Shanked Douc Is One Of The Most Colorful Primate On The Planet

An Abandoned Puppy Found With Back Legs ‘Sawed Off’, Three Women Charged With Cruelty To Animals

Meet Splendid Fairywrens, An Adorable Chubby Little Bird That Jumps Out From A Fairytale Book

Pack Of Adorable Baby Foxes Spotted In A Family’s Backyard

Stunning In A Shiny, Shimmering Reddish-Orange Feather Coat, This Bird Is Praised As A Living Gemstone Of The Forest

Meet The Oddest And Cutest Gang Of A Golden Retriever, A Hamster And 8 Birds

Horse Plays Dying Drama Whenever He Gets Ridden