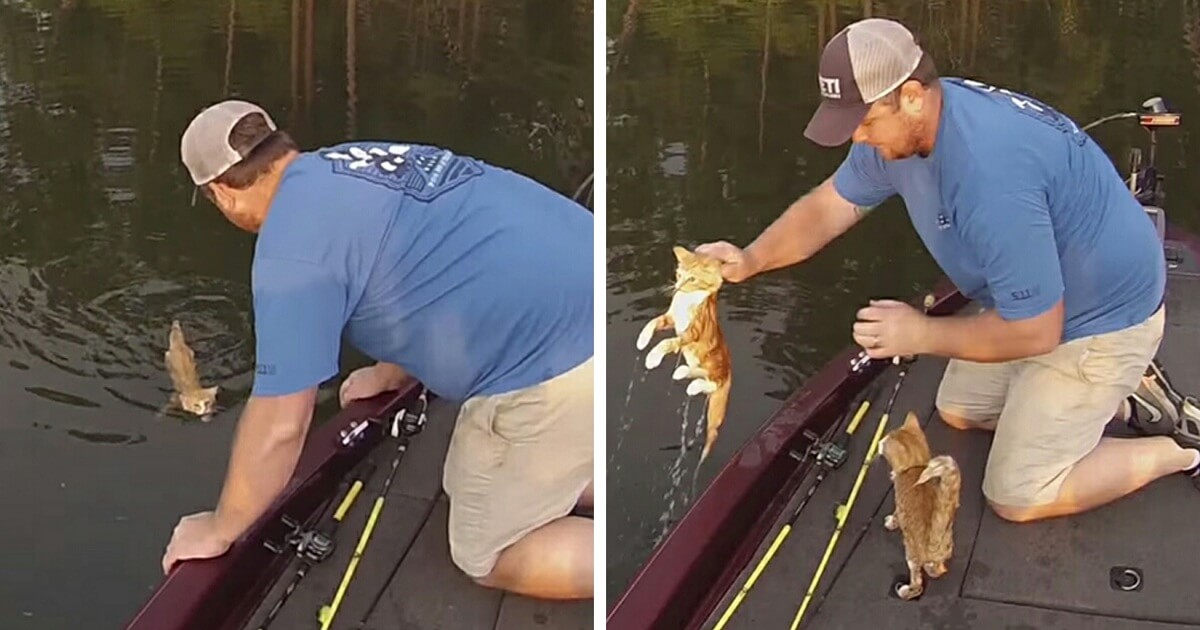 When Jason Frost and Brandon Key went fishing on the Black Warrior river in Alabama a year ago, they had no idea what they might catch. They never imagined in their wildest dreams that it would turn into a “cat-fishing” trip, which is exactly what happened when they rescued two kittens that swam out from shore to seek safety on their boat.

“Y’all are not gonna believe what is swimming towards our boat. A kitten,” Frost says in his now-viral video of the kittens’ ordeal. Though very wet and quite terrified, the kittens are good swimmers and they seem grateful for the rescue. In the video at the end of the article, Frost estimates that they were ab4nd0ned there by their previous owners.

After reaching dry land, Frost and Key met a family that absolutely fell in love with the kittens and adopted them. Their names were later changed to River and Warrior.

“It was a kitten, and a second soon followed as well”

“Some jackass probably put them out here”

“This puts a new spin on the term ‘catfishing’” Check out their video:

Poodle Trapped In Hot Car Got Rescued By Airport Police